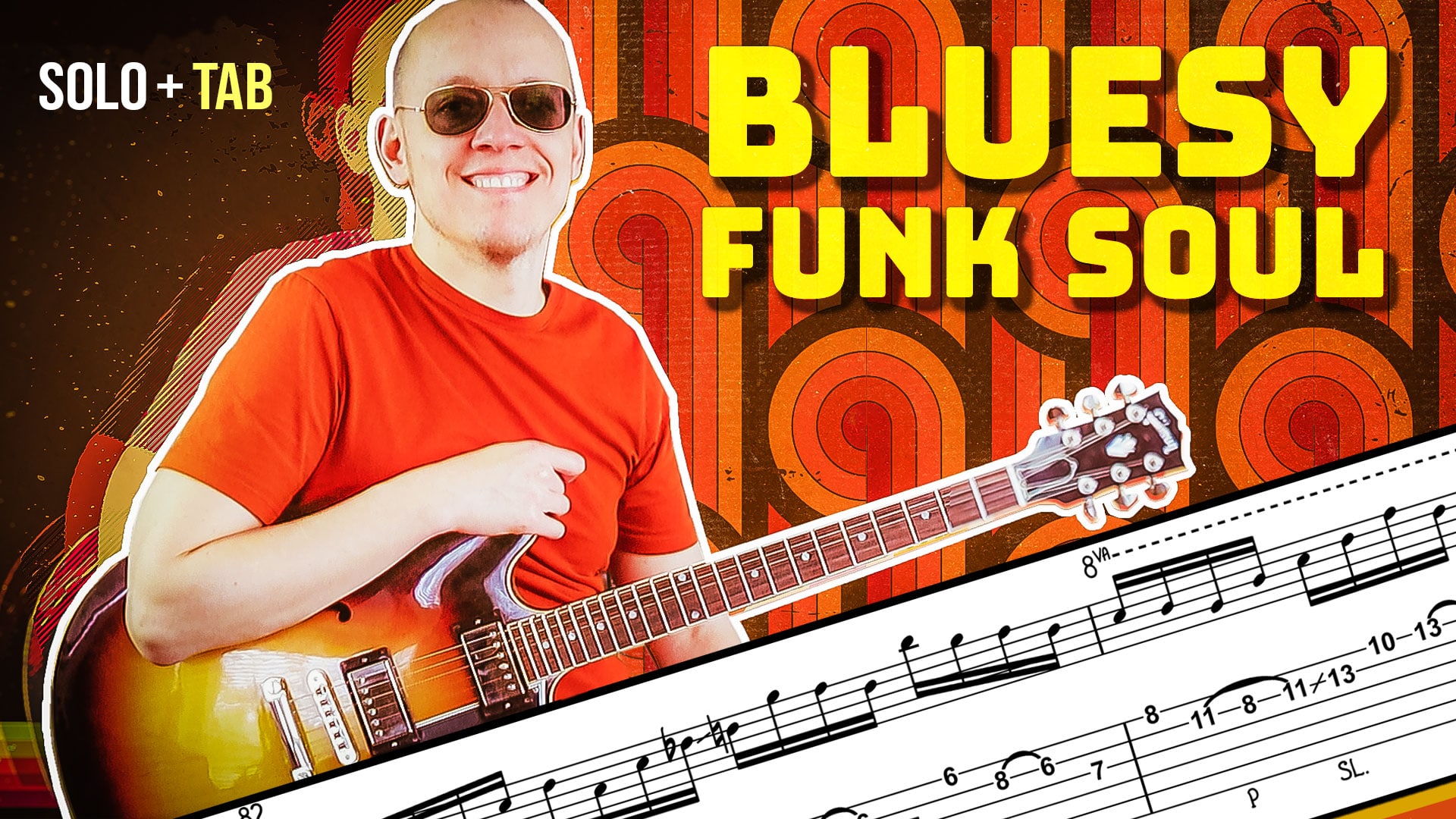 This track is inspired by groovy funk soul tracks from the seventies (for instance: James Brown, Curtis Mayfield, Temptations, Albert King, and TV themes like Shaft). I highly recommend to listen to these artists to find inspiration for your own, groovy funk soul guitar solo! The chords in my track follow a basic 12 bar blues with a minor 1 chord (G minor), which adds a Dorian flavor to the track, well suited for a funk track!

I really love how blues musicians use call-and-response style licks. One of my favorite, classic ‘response’ style licks is this blues lick in G minor pentatonic. Play it with energy and emotion! In this funk soul guitar solo, I play it around 1:48 (in the video), when the Hammond organ crescendoes to transition to the IV chord.

I really enjoyed producing this track, although programming a VST instruments ‘groove’ is quite the challenge. There is a great book on how the great James Brown rhythm sections constructed their grooves and how it evolved through the decades, so this was a huge inspiration to write this track and funk soul guitar solo.

Here is all the gear I used:

Atmospheric groove in A minor (76 bpm). A dynamic guitar backing track in A minor, with a dreamy, ambient, and bright A-section and a darker B-section. So a slow tempo, but definitely not a ballad. Download the chords & tabs here:

Enjoy this dreamy, melodic guitar solo in A minor! A dynamic solo and track that builds in intensity and groove! 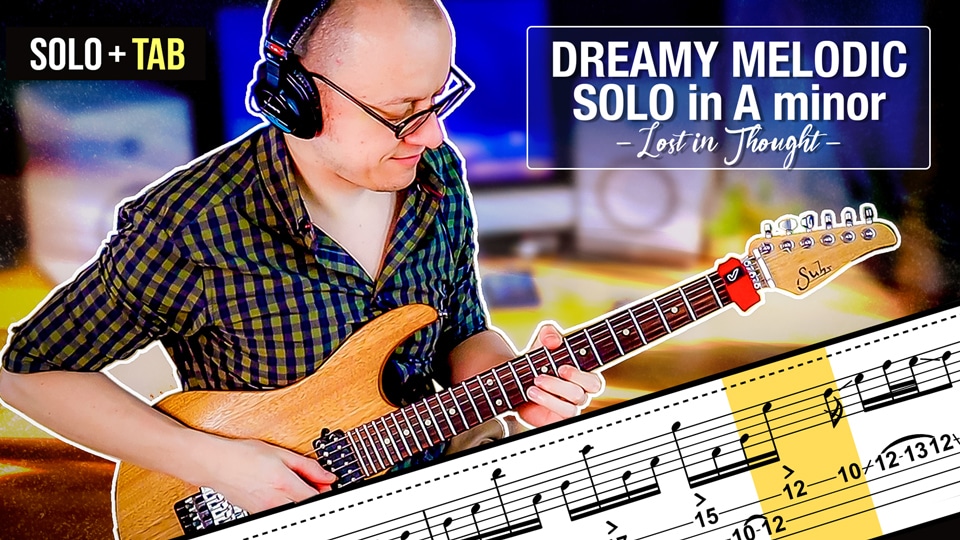 When it comes to the art of finger tapping, I consider myself a beginner, but I’m always up for a challenge! This melodic tapping lick is an achievable lick in A minor, played over a G-chord (bar 56) to Am (bar 57). The lick uses the open G-string and a rhythm that speeds up throughout bar 56: first sixteenth notes (beats 1), then sixteenth note sextuplets (beats 2 & 3), then 32nd notes (beat 4).

This melodic guitar solo is called ‘Lost In Thought‘, as it is inspired by how the mind races, brings us ideas, and ponders about possibilities. This track is primarily a 3-chord groove (Am7, Em7, Fmaj7) that builds in intensity and groove during the track. I play the intro with my Gibson ES-335 (with effects from the eventide H9 and the XLN Retro Color). While the groove builds, the solo starts with long notes that follow the chords. Part B is a short break, where I switch to the bridge pickup and add a fuzz (Fractal Audio Systems AX-8). This was also the only good place to reverse the tremolo bar on my guitar, for an effect that would follow later. Part C is the climax of the track and builds further on the chords of the intro and part A. After a fancy tapping lick ;-), Part D serves as a post-chorus where the strings bring the track home. Part E is a short outro with piano and erhu, a beautiful sound.

Atmospheric Groove Jam Track in Am 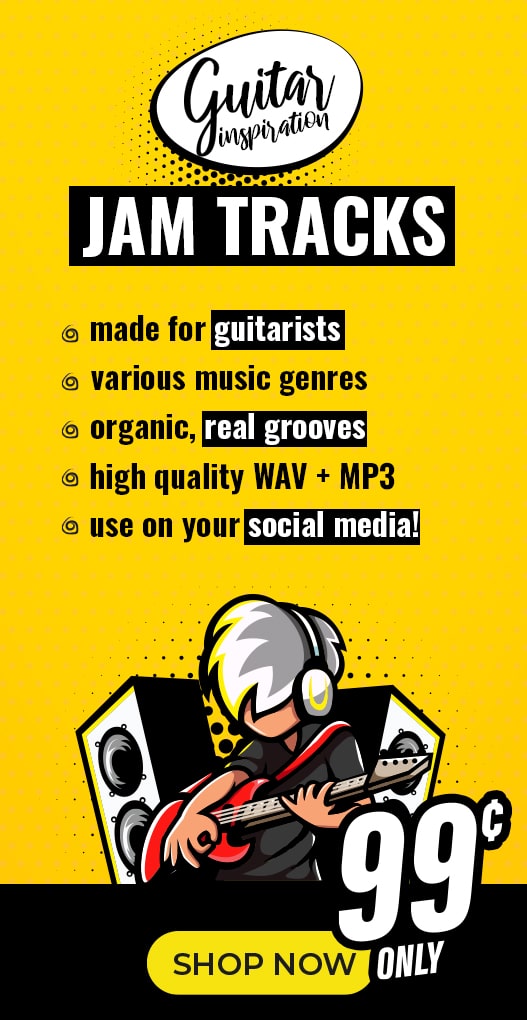